Brands can now buy ads seamlessly from both digital companies

Amid Disappointing Earnings Brands can now buy ads seamlessly from both digital companies:

On the same day it released disappointing first-quarter earnings and watched its stock tumble 18 percent, Twitter announced a new deal with Google that it hopes will lift the business. Now, when brands buy ads on Google they can also order Promoted Tweets as part of the mix.

The deal places Twitter’s ad inventory in front of Google’s DoubleClick Bid Manager clients.Lately, Google and Twitter have become much closer, a marriage of necessity, with Facebook rising as the go-to platform for targeted digital advertising.

Both companies have powerful data resources that, if combined, could give advertisers what they’re looking for.

“Together with Google, we’re making it possible for Twitter advertisers who use DoubleClick to measure when conversions result from views and other actions on Twitter,” the social messaging company said in its release today. “Later this year, advertisers will be able to use a new attribution model in DoubleClick to get a fuller understanding of how Twitter Ads served on mobile or desktop drive conversions for them across the Web.”

Advertisers are still not fully sold on Twitter, either. One digital ad executive said, “We’re asking why should we spend with Twitter when what Facebook is doing is mind-boggling.”

A data partnership with Google could help answer those questions.

That may seem like good news, but Wall Street wants more—which makes the Google deal even more crucial. Twitter reported total revenue of $436 million, lower than Wall Street expected, and a net loss of $162.4 million. To make matters worse, the numbers leaked out before the conference call, sending the stock price down 18 percent.

During the call with analysts late this afternoon, Twitter CFO Anthony Noto blamed the revenue shortfall on the performance of its direct-response marketing products—the kind of ads that drive Web visits, e-commerce, app downloads and other actions. Noto said better targeting and measurement, driven by better insights from data, are the key to increasing the value of those ads. 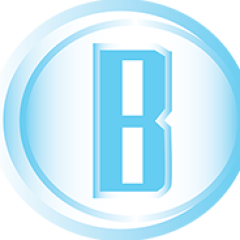